Five Things My Life Coach Helped Me With 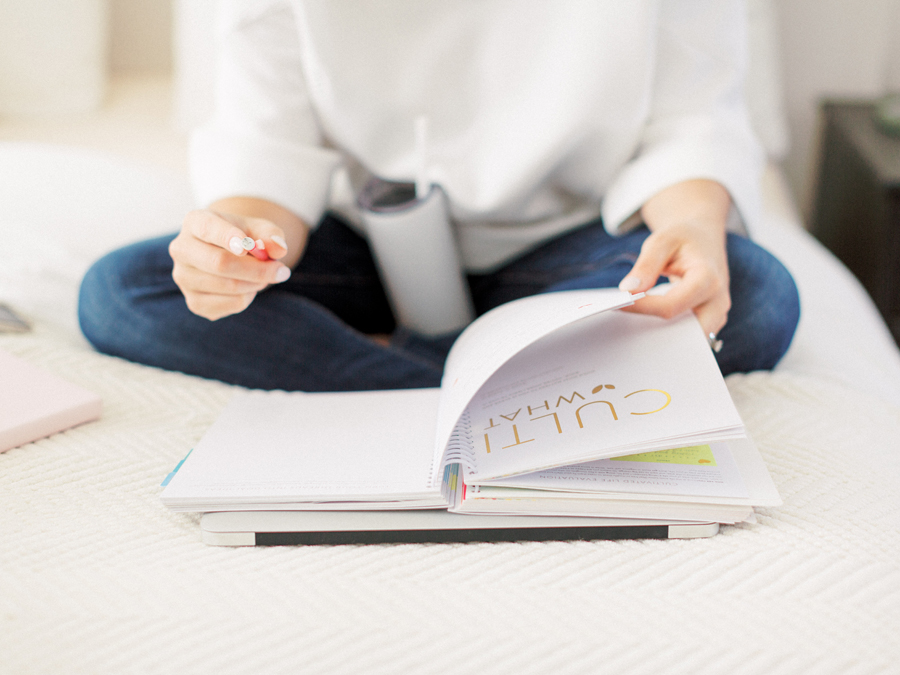 For years I had been torn between hiring a life coach or a business coach. I knew they’d both bring respective benefits to my life but I wasn’t sure what coach would be best. My intention was to start 2019 with the coach by my side so I had to decide on one last November in the middle of adjusting to a new normal as a mother to two. The process felt challenging because I knew a good coach was going to be an investment and I wanted both, but given personal circumstances at the time it felt like a life coach would help give me the best clarity to then make a business coach well worth the secondary investment SHOULD I decide to move forward there.

I met Diana at a conference years ago where I was a speaker and she an attendee. At the time the idea of a life coach felt frivolous and unnecessary. But as many different personal and professional facets in my life shifted, I realized how incorrect my assumptions were! I felt called to reach out to Diana to see if we’d be a great fit and after a complimentary call with her to get to know one another better and discuss my expectations and desires, I immediately booked her for a January 2019 start. Well to be fair, I first discussed the decision with Andrew who fully backed me up and agreed some support beyond what he could provide, would be valuable.

If you’re on the fence about a life coach, a Christian life coach specifically, I hope the information I share below is helpful. There’s also this post from Val Woerner’s blog which is a bit more tangible but nevertheless, speaks praises about Diana and her work. And finally, here’s the top 5 things Diana did for me. There are SO many more but for the sake of brevity I picked only five.

1. She helped me understand MOST tasks take less time than I anticipate. This was a huge revelation for me. And this is a steady guidepost for how I move about my day now. Because I prefer to take the long way to get things done in hopes of getting it perfect (working on this) I often avoid certain projects and tasks because I feel like they will take a really long time (thus taking me away from other important things). When in reality many tasks take half the time to complete as expected! Whether it’s drafting a proposal, writing an email, organizing the pantry, running an errand, writing a thank you note, booking a reservation, or tackling a load of laundry, I now tackle these things with a different kind of intention because my expectations are more in check with reality.

2. She provided accountability that can not and could not be provided by anyone else. I realize a big part of this was because I was paying her to provide said accountability but if there was one singular top benefit to my time with Diana, it was this. Knowing that each week there was someone to check in with, report to, and discuss goals with, provided a sense of motivation that is hard to sustain as a one-woman show working out of a home studio.

3. She made sure I did the work myself. So if I’m honest, which I always am here, there was a part of me that wanted to hire Diana so that I could hand off some hard stuff to her. Prior to really diving in with her, my hope and expectation was that aside from basic ‘life coach tasks’ there would be an element of virtual assisting involved. Woof. That’s not a life coach’s role. And thank goodness it’s not! This bullet point circles in with the above but Diana did her part to help break down action steps, provide suggestions for tips, tricks, and tools to accomplish my goals, and then of course provided the accountability to get my tasks done. Like a coach does (duh).

I’m grateful I didn’t get to hand off tasks to my life coach like I originally hoped for, or even expected, because I wouldn’t have been able to grow or evolve in our season working together, an experience that greatly impacted me in a transformative period of my life.

4. She truly cared for me and made sure I was heard. Over the last two years especially, one of the best investments in my life has been having people who will listen to me. Not people who will listen out of kindness or duty but people who really truly just let me externally process my thoughts and emotions in a structured way. One such person is my counsellor and the other was Diana. I’ll never forget Lara, a friend of mine and former client of Diana’s, telling me how GOOD of a listener Diana is and that was a huge motivator for me in booking her. In feeling heard and valued, I was able to free up mental space to power through my week and responsibilities, which made it feel like time with Diana actually SAVED me time in the long run. I’m so grateful.

5. She encouraged me to do things my own way; and to love Rhi more. I admire many of the qualities Diana brought to the table not just as a coach but as a woman. And in admiring Diana as a person, and realizing we have many similarities as mothers, wives, business owners, believers, and Midwestern dwellers, I was able to view myself differently. One of my 2019 goals was to learn to love myself more and I was pretty clueless on how to tangibly accomplish this. But it turns out, little by little, I made this happen in ways worth celebrating, partially because of the time Diana and I had together. While she rarely brought her own opinions and experiences to conversations unless prompted, knowing enough about her and her life, I was able to be inspired by her morals and values, her decisions and preferences, and my favorite, her way of being both unapologetic and kind. This in turn gave me the permission and inspiration, to do things my own way. Not Diana’s way either, but certainly not the way everyone else is doing them, a concept I often get wrapped up in.

Some examples of actual tangible things we worked through together:

• Honing in on my personal and professional values so that I could confidently take action on some big business changes that at the beginning of 2019 had been stirring in me for a while; those which have taken almost 12 months to piece together! I have to also add that this was done while I was in a hospital bed three months post-partum with acute mastitis. God bless sweet nurses who let me take a two-hour phone break so Diana and I could dig into such good work during our first two hour call the coincided with my stay!

• Making the decision to send Ev to part-time child care when he turned six months old (something that was arranged for when I was still pregnant with him). Despite having an older child in part-time care, at the same place we were planning to send Ev, I had gut-wrenching guilt about sending him and was very close to deciding, and then persuading my husband, that he would just stay home with me 24/7. Through wedding season. Ha! Diana held me accountable to working through this on a practical level, the result of which was an in-depth pros and cons list that I presented to both her AND my husband. The process of getting thoughts on paper, rational or not, was powerful, as was the process of talking through my findings with both the person I co-parent with AND a person that has both a child and a business she loves (Diana). I’m happy to share those very findings in a separate post should anyone be interested as I’m a big advocate that mom guilt needs to be eradicated.

• Discussing ways and any necessary tools and systems, to help make my 2019 summer (and jam-packed schedule) not feel overly chaotic and stressful. Over the span of eight weeks in July and August we took three big trips, had four huge weddings, plus the usual life stuff that comes with two kids under the age of four in the height of summer. I wanted to over-prepare for what was to unfold so I could exceed my family’s and client’s expectations and you know, maybe sleep a little. We discussed schedules, ways to make sure me and my family were well-fed and taken care of (this is when we really started to take advantage of both Shipt and Purple Carrot), organizing freelancers and catering needs for my team ahead of time, and so forth. Diana’s in-depth summaries after each weekly check in were tremendously valuable so I didn’t have to worry about taking notes and could always make sure I was following through on the things I wanted to get done, even if they weren’t specifically goals.

And I could go on!

But what I think is most important is how Diana made me feel:

• Valued and heard
• Understood and cared for
• Like my goals mattered
• Like how I was doing on any given day, mattered
• Like life could in fact be simpler if I wanted it as so
• That accountability and communication are critical
• Less alone and less confused / questionable on choices
• Like I mattered. Which I know. But still. This is big!

And I’ll leave it there. Hire yourself a Diana, folks.

On a related note, the photos throughout this post are from my Powersheets post earlier this year. If you’re interested in setting better goals, or rather, actually working towards your goals and making them happen, I encourage you to take a peek. I break down how I goal set, what tools I use, and how different my life has been since I started diligently making time to plan for my day to day, which ultimately adds up to being my life. This would be an awesome post to read in anticipation for a new year, which is just around the corner.